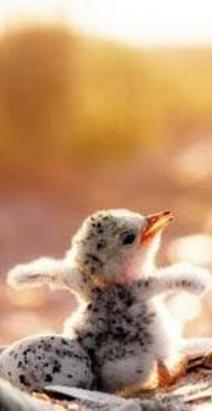 South Florida Audubon Society, based in Broward County, fosters conservation through local, regional, national, and global environmental advocacy and activities throughout South Florida focusing on birds, other wildlife, and their habitats, for the benefit of humanity and the earth's biological diversity. 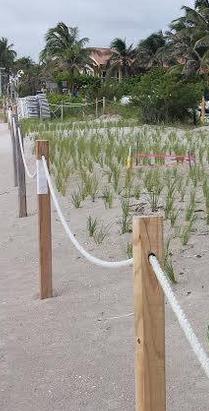 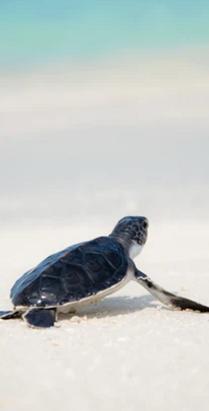 61st Year (2017)
January 11, 2017, marks the 61st year of service for the Broward County Audubon Society, now known as the South Florida Audubon Society.  This year we were able to help save a local burrowing owl population by trans-locating them from the Ft. Lauderdale-Hollywood International Airport to a preserve in Davie.  This very successful project was due to a partnership between the Airport staff, SFWC, the Town of Davie, and SFAS' Project Perch volunteers.  SFAS volunteers continued to help the disorientated sea turtle hatchlings throughout the county.   Recent coastal due restoration projects were shown to have truly helped keep our beaches intact after Hurricane Irma devasted south Florida in September.

58th Anniversary (2014)
January 11, 2014, will mark the 58th year of service for the Broward County Audubon Society, now known as the South Florida Audubon Society.  Our more recent accomplishments include partnering with other organizations on conservation projects which include: urban reforestation, invasive exotic plant, and tree removal, hosting edible gardening workshops and planting edible gardens, increased education and outreach to schools and the community, participation in the Audubon Urban Oases for Migrating Songbirds Program, sea turtle hatchling rescue and international projects in Haiti and the Dominican Republic.

for issues related to conservation, wildlife, and the environment.

with the assistance of the South Florida Audubon Society.

educating children about Burrowing Owls and ways to protect them.

Feb. 16, 2064, The Broward County Audubon Society worked with the City Council of Wilton Manors to declare that the city is designated as a "Bird Sanctuary" as stated in Resolution no. 252.

HISTORICAL ACCOMPLISHMENTS
The Broward County Audubon Society has historically accomplished much since its early years in the late 1950s.  Here are a few highlights of these:

The first Officers and Board of Directors included the following nineteen individuals:

The By-Laws (as amended April 1986) are in the process of being updated by legal representative to the 2008-2009 Board of Directors.  The By-Laws currently describe the parameters of membership and the relationship of Broward County Audubon Society to the National Audubon Society and Florida Audubon Society.

Membership meetings are to be held at a minimum of six times a year and include meetings in March, April and May with adequate notice to all members of these.

The By-Laws next delineate the election process, terms of office, and roles of the Board of Directors, Officers, and Committees.  Fiscal and Administrative Polices make up the sixth area of the By-Laws followed by how the By-Laws would be amended and how, if necessary, the Society would be dissolved.

BEFORE LEGAL STATUS
On October 29, 1953, an organizational meeting was held at the Byrd house with 25 people in attendance. The first meeting of the board was held on November 5, 1953, to draw up bylaws.  The first general meeting of the Broward County Audubon Society was held on November 19, 1953, at the Garden Center in Birch State Park with a program by Gerald Baker of the U. S. Fish and Wildlife Service and bird pictures by Lenore Hortt, who became the first President of the Broward County Audubon Society.  In the beginning, two programs were presented at a meeting.


UNIQUE FUND RAISER
The Warbler dated September 1979 describes the no-bake sale sponsored by BCAS for the benefit of Florida Audubon.  The headline called it the One and Only No-Bake Caper.  "...no-cookies were $1 a dozen, no-pies were $2 each, and no-cakes were $5 each...the no-bake sale resulted in ....$1875.50..."

"The contributors were 'cheerful givers,' for they wrapped their checks in humor and 'bons mots'...."

"No-baking is the kind of baking I do best!"

"Enclosed is my enthusiastic donation to the no-bake no-calorie no-weight-gain sale for a double-whammy conservation effort:  Florida Audubon and me!  Thanks for the opportunity to participate."

THE WARBLER
The newsletter for the new chapter of the National Audubon Society was named as the result of a contest held in November 1955.  Kathryn Blessing won with her suggestion of Broward Warbler.

Samples of the Warbler Newsletter are available in pdf format.

From 1955 as the Broward County Audubon Society was forming there were certain kinds of activities that have lasted through the years: General meetings, field trips, fundraisers, and advocacy for preservation and conservation of wildlife habitats.

In the early years, the chapter met at the Garden Center in Birch State Park.  Meetings included discussions of bird sightings as well as of issues, speakers, and announcements of planned events.  One feature that drew large crowds was the Screen Tours that the chapter in conjunction with Tropical Audubon Society sponsored.  Up to 500 people would show up to see slides of faraway places during the decade before televisions were in every home.

ARCHIVED CONSERVATION NEWS
Guess which decade this came from . . .

"The absence of Robins, Myrtle Warblers, Catbirds and Goldfinches in this area was very noticeable when compared with their numbers observed in previous years.  Only time will tell if there is a real decline in the small birds population or not.    Where are the small land birds and some of the ducks?  Biologists in the North say that the Canvasback, Redhead and American Wigeon are down in numbers.  Are the drought years, assisted by governmental and private drainage of the pot-hole country in the Mid-Western States and the prairie provinces of Canada catching up with us?  The Federal Government pays the farmer to drain his land so that more land can be cultivated and then they turn right around and pay him again to take his extra land out of cultivation by placing it into the "Land Bank".  Sense or nonsense?  A triple fumble results...the duck's nesting habitat is destroyed and you, the taxpayer, have paid the farmer twice for a job which was not necessary in the first place since we are producing more crops than we can sell!

Another important fact confronts us.  What are the detrimental long-term effects of D.D.T., Parathion, Dieldrin, etc. on wildlife and humans, too?  Wildlife biologists have shown that game birds that were fed foods contaminated with D.D.T. produced young which were often sterile.  Parathion is a very close relative of the "Nerve Gas" that was developed by the Germans in World War II.  It was so deadly that they were afraid to use it as a weapon.  Do you permit your neighbor to have his lawn sprayed with this chemical and let it drift into your house and onto your property?

In July a neighbor sprayed Parathion on a small spot of his lawn to control bugs.  A few hours later seven out of eight ducks were dead from the effects of feeding on the poisoned insects.  Later, Cardinals found the poisoned bugs and fed them to their nestlings...the whole Cardinal family was wiped out.  Are there any laws to protect you in your city?  Why don't you ask your City Manager about it?"

HOW TO ATTRACT BIRDS
by Mrs. Lenora Hortt (charter member) Published in the Broward Warbler March 1960

"We are approaching the migration season and little birds must stop to rest and feed, so clean out your water trays and fill the feeders with food.  Wash out the bird baths if neighbors have sprayed harmful insecticides nearby.  Birds love thickets; they serve as protection for them, so place your bird baths near a tree or thicket.

The average home garden is lacking in shrubs and trees that attract birds, although Florida has many lovely wild fruits.  One of our wild shrubs is Callicarpa Americana or French Mulberry.  This plant is very ornamental, easy to grow, and has large clusters of bright purple seeds surrounding the stems.  Birds love to feed on the seeds.  This plant thrives well in open sun and part shade.  Solanum seaforthianum is a cultivated vine that has charming pale lavender flowers, followed by clusters of red berries.  Florida Trema is another native tree that produces tiny orange berries which many birds like to eat.  The Mulberry tree grows wild in Florida but is scarce now.  This tree is a rapid grower and can be started with cuttings. Another rapid grower is the Brazilian Pepper tree [not native].  Robins and mockingbirds feed heavily on the aromatic red berries.  Natal Plum or Carissa grandiflora serves as fine protection for birds and catbirds love the large red fruit.  The Seagrape, Cocoloba uvifera, grows into a large tree. Cardinals and doves nest in them and the sweet fruit is eaten by warblers, cardinals, and mockers. Catbirds love to feed on the sweet fruit of the Loquat, Eriobotrya japonica.

When you prune your bushes or trees be sure to watch out for bird nests that might be located there.  If a nest with young birds in it is blown out of a tree this summer, you can save the young birds by placing the nest in a wire basket support, etc., and hanging it near the original nest site.  The parent birds will usually continue to feed the young if this is done soon after the nest falls down."